The Gallitano Lab investigates how environmental events alter the expression of genes in the brain that influence behavior, memory and cognition. Many of these genes are associated with risk for neuropsychiatric illnesses such as schizophrenia, bipolar disorder, and depression.

At this time, two major questions highlight the challenges for the field of psychiatry:

The central hypothesis of our laboratory addresses each of these questions. We hypothesize that the Early Growth Response gene (EGR) family of immediate early gene transcription factors mediates both the genetic and environmental risk for developing these illnesses. EGR genes are activated in the brain in response to environmental stimuli, including stress, and regulate numerous processes that are affected in mental illnesses. These include cognition and memory, synaptic plasticity and regulation of synaptic proteins, growth factor signaling, myelination, vascularization, and numerous immune system functions.

We have identified a biological pathway of proteins implicated in risk to develop neuropsychiatric disorders, in which EGR-family genes play a central role. We hypothesize that dysfunction in any of the proteins in this pathway will disrupt the normal, protective neurobiological response to stress, rendering an individual more susceptible to the detrimental neurobiological consequences of stress. Over time, this could result in the neuropathology that gives rise to symptoms of neuropsychiatric illnesses.

This Biological Pathway Hypothesis may thereby account both for numerous genes influencing risk for these disorders, as well as a mechanism by which genes and environment interact to create neuropsychiatric illness susceptibility. 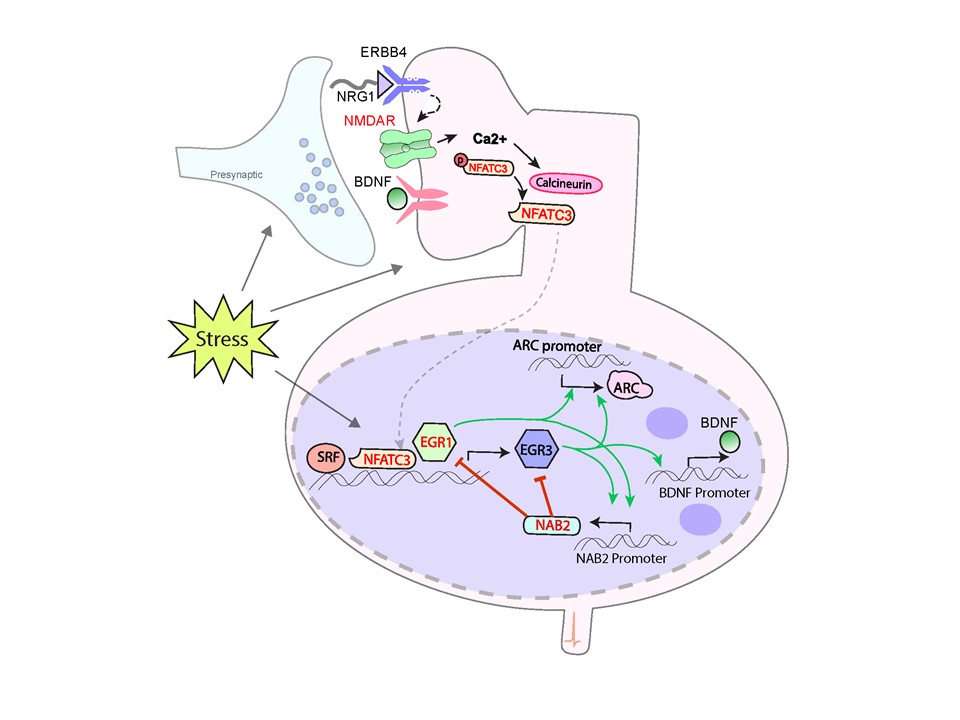 Figure 1. Biological Pathway for schizophrenia risk. Numerous proteins encoded by genes that map to genome-wide associated schizophrenia loci (red font), function in an environmentally responsive pathway with Egr family immediate early genes. Dysfunction in any gene in the pathway may disrupt the normal neurobiological response to stress, resulting in pathology that may give rise to symptoms of schizophrenia (Marballi and Gallitano, 2018).

Figure 2. Model for genetic predisposition to stress susceptibility. Egr genes mediate neuroprotective processes that balance the damaging effects of stress. Dysfunction of genes in the pathway that regulates Egrs (above) creates a genetic predisposition that, over time, results in neuropathologic damage in a manner dependent upon an individual's history of stress (Marballi and Gallitano, 2018).

We investigate this core hypothesis through basic science laboratory studies as well as clinical translational research studies to develop a biologically based diagnostic test for schizophrenia. For more information check out the story at UArizona Health Sciences: https://healthsciences.arizona.edu/connect/features/streamlining-schizophrenia-diagnosis-simple-test 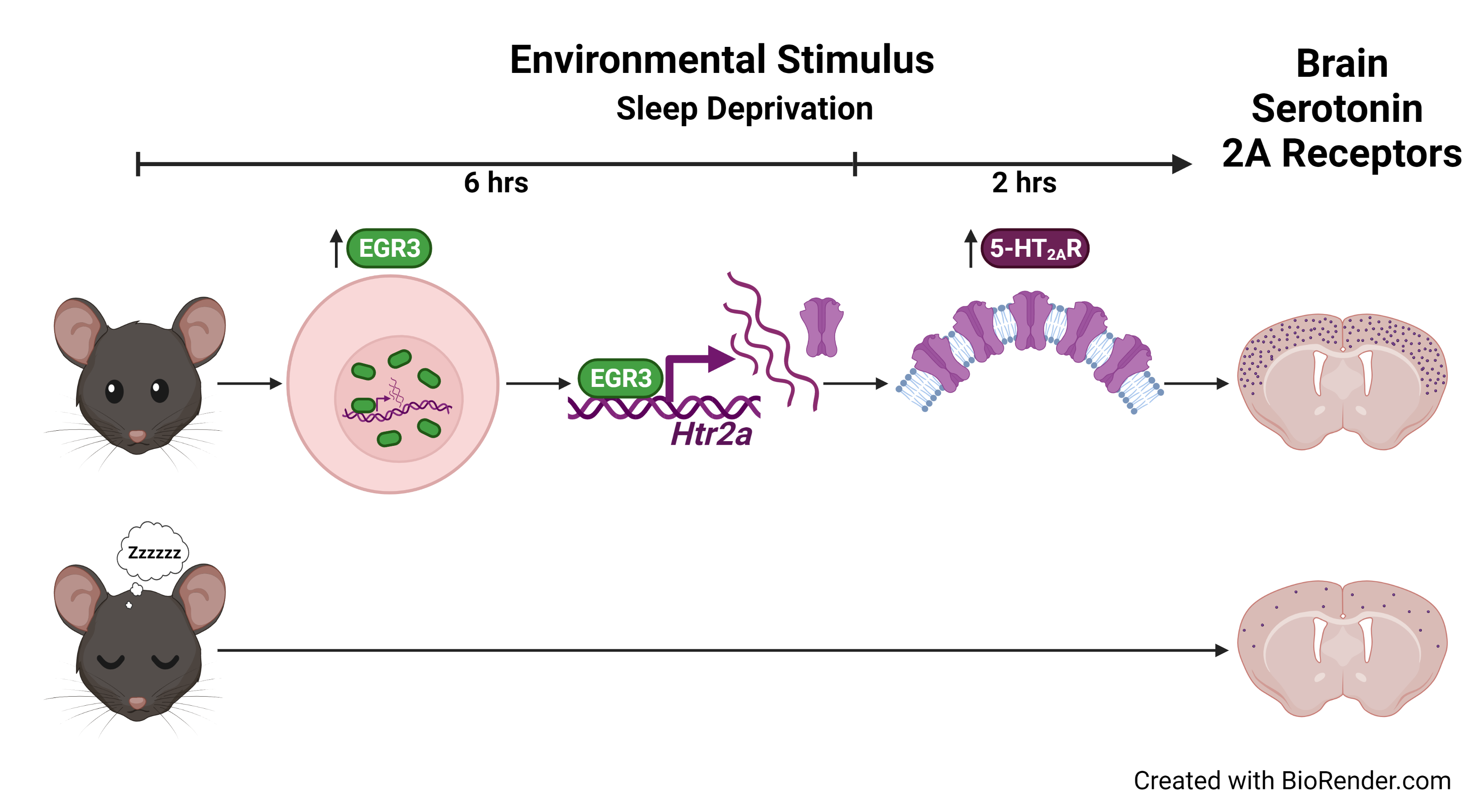 See the articles in the Research Topic that Dr. Gallitano Edited entitled: The Role of Immediate Early Genes in Neuropsychiatric illness

Congrats to Ketan Marballi PhD, and Dr. Gallitano MD,PhD, for the article that published in Translational Psychiatry!

Congats to all for the paper "Identification of activity-induced Egr3-dependent genes reveals genes associated with DNA damage response and schizophrenia" recently published in Translational Psychiatry August 2022!

Here is the link to the paper https://rdcu.be/cTftK

Congratulations to Annika Ozols for her acceptance into the master’s program, ”Clinical Translational Sciences” starting fall of 2022 at the University of Arizona!

Congrats to Dr. Gallitano for the UArizona News article that was released.

Please use the link below to access the article.

Congrats to Dr. Gallitano for this article published on the Health Science Connect Website!